The journey to fabulosity is not exactly starting with a bang.  Usually when you start a weight loss program, in my case its Weight Watchers, the weigh falls off almost effortlessly to start and then you hit the plateau.  I have decided to be original and start with the plateau.  At the this my second official week, I am up.  UP!!! How is that possible?  Isn’t my commitment to the lifestyle supposed to start after I have had some time to enjoy some wins? ARRGGHHH!

In the true tradition of Murphy’s law, this is the week that Red Bull decides to go AWOL.  ‘Red Bull?’ you ask.  Let me explain.  A Red Bull is a guy who, like the drink, gives you a false high that doesnt last, has no nutritional value, and  always leads to a crash after it wears off.  You know he’s no good for you, but you keep going back becasue you love the high.  You know it wont last. You know that you’ll feel like crap later.  You KNOW that its ultimalty no good for you, but there it is. In a moment of willful weakness you’ll reach for the Red Bull instead of doing the hard work becasue its there and it will do in a pinch.  So yes, Red Bull did as Red Bulls do.  I HATE the crash.  This time I swear I’m done.  I know I’ve said this before but I’m done… Really… For real.

Anyway, the whole aim of getting goal’d is a total change in the way I live so that I can enjoy my best life now. My quote for this week has been something that Dawn French said, “If I had been around when Rubens was painting, I would have been revered as a fabulous model. Kate Moss? Well, she would have been the paintbrush.” Its cute, and a little funny, but the point remains that you have to embrace who you are, and celebrate it.  So even though I am not at my goal weight, and I’m keep allowing myself to get sidetracked by Red Bulls, I know I’m worth more than this. God has made me for more than just existing. I don’t want to simply tolerate my life.  I need to enjoy it as it is, even as I look forward to a better me. 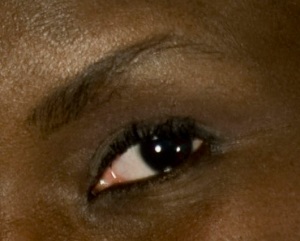 I know that there are thousands of blogs out there, covering everything from dating, to weight loss, to child birth, to why deodorant causes cancer.  So why am I starting a blog?  Well, I have random things to say.  I have a life… sort of. Seriously though, there are certain things that I want to accomplish in the next year.  By setting up this virtual blog/diary, I hope to record my journey both for me and for friends who might benefit from it.